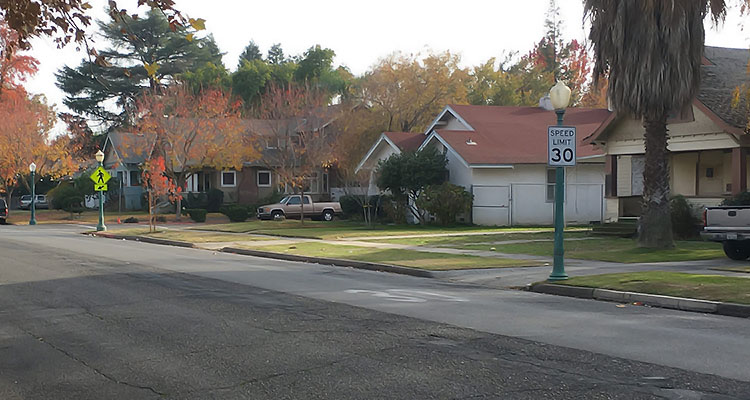 Roadways that are identified on the California Roadway Systems map, which are generally collectors, arterials and expressways, are roadways that may receive federal funding for roadway treatment. Federal rules require that these streets have a Survey performed as a condition to receive federal funding. As such, to ensure the City's ability to receive these funds as opportunities permit, the City conducts a Survey for all such roadways, as well as other roadways when a specific need exists.

Contrarily to popular belief, the City is not empowered to simply change speed limits at the request of citizens or discretion of City leaders and still have those speed limits remain enforceable under the law. In accordance with California Vehicle Code Section 40802, speed limits that have been altered from prima facie must be supported by findings in a survey or they are not enforceable. The same law places time restrictions on the validity of the survey, requiring it be completed at least once every five to ten years, depending on a variety of factors. In Turlock, these Surveys generally are valid for seven years.

The most recent version of the City's Speed Zone Study, a compilation of surveys for all specified roadways, was completed in August 2014, adopted by the City Council and amended Turlock Municipal Code Section 4-7-1402 on November 27, 2014.

For questions about speed control or speed limits, please contact: