As a result of input received from the public during the preparation of the General Plan update, the Mayor and City Council Policy Goals and Implementation Plan for 2015-2019 called for the preparation of a Downtown Parking Plan to identify the strategies, infrastructure improvements and funding needed to increase the supply of parking in downtown Turlock. 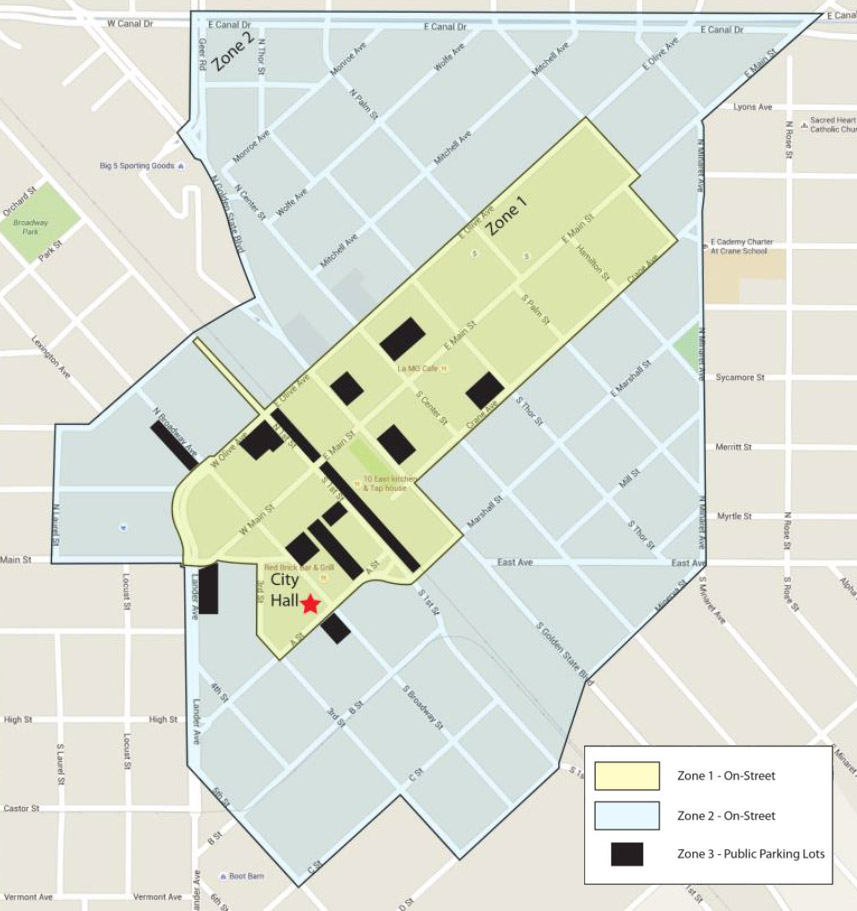 Also known as the core of the Downtown area, Zone 1 offers 800 on-street parking spaces. Potential users include those who visit and/or work at the businesses, merchants, and restaurants in the Downtown area. Most of the off-street public parking lots (Zone 3) are located within the core Downtown area.

Consists of all public parking lots in the Downtown area. It provides 523 spaces in total.

In order to properly assess the existing parking demand, extensive occupancy and turnover data was collected. Table 1 summarizes parking counts and percent occupancy for each Zone at every hour of the data collection. The total average of the Downtown parking occupancy was 28 percent during daytime on the weekday, and 29 percent on the Saturday after 7:00 p.m. The result suggests that adequate parking supply is provided to accommodate parking demand.

On average, 46 percent of the parking spaces were utilized during daytime on the weekday, peaking at 9:00 a.m. with 50 percent occupancy. On the Saturday, occupancy resembled Zone 1, of which 29 percent average occupancy was observed.

For questions about master/specific plans and design guidelines, please contact: